a leather-boot keychain, for 25 cents 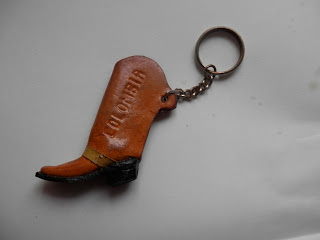 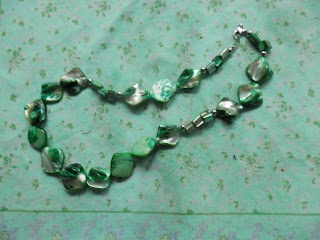 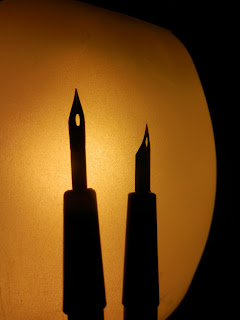 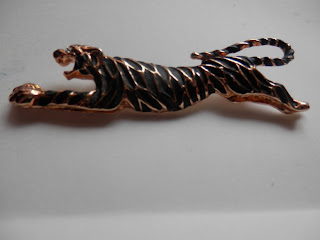 Artwork made from pressed flowers, herbs and seeds
from Quebec artist/botanist Julie Corbeil,
signed and framed,  $4 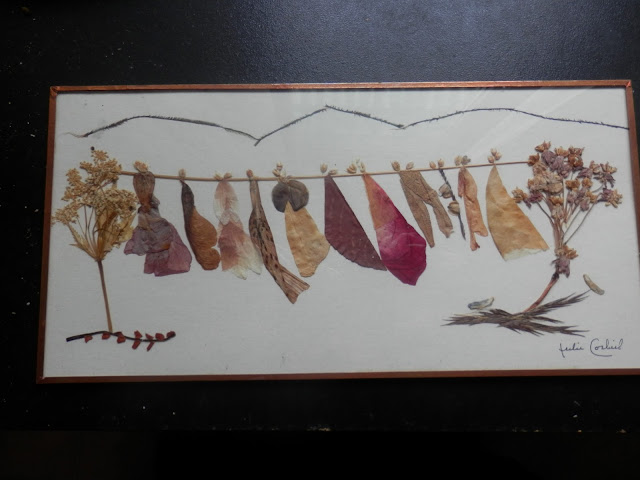 (This photo doesn't do it justice.) 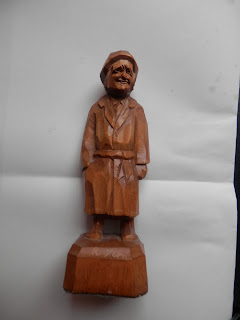 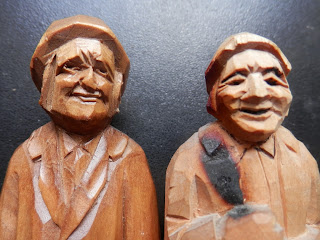 When I brought him home, I put him next to another carved wooden figure
that I got some years ago that's actually an incense holder.
They seem to be getting along just fine together.

I was not so sure, however, about Francis and François.
Francis is a wooden deer with broken antlers, carved from driftwood, gotten in Vermont. 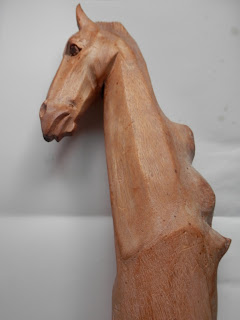 This carved horse, now called  François, was sitting on a table
at the garage sale,  ignored by all the passersby.
He reminded me a bit of Francis.  I, too, passed him by -
but then went back.  Something about those eyes. 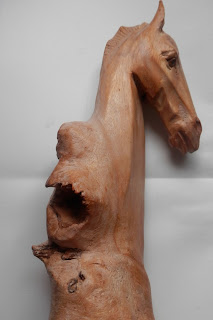 His backside includes this gaping hole
that resembles a mouth, howling.

Here's an imaginary (photographic) intro between the two sculptures
as they size each other up. 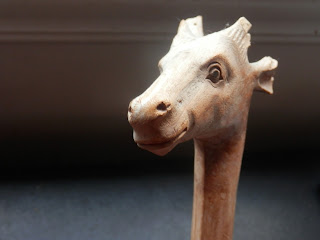 "Hello, who's this you've brought home with you?" 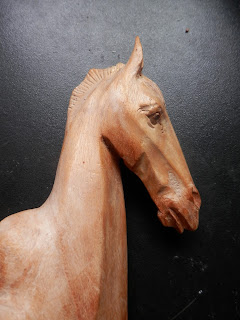 May I present François, I said,
emphasizing his finer-sculpted points. 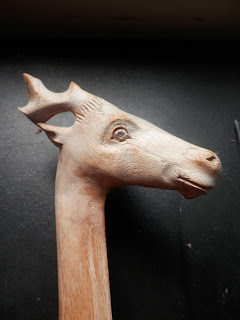 Francis checks him out. 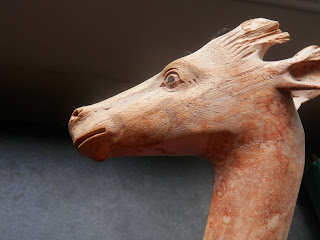 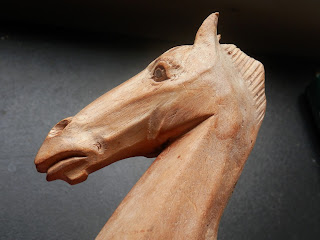 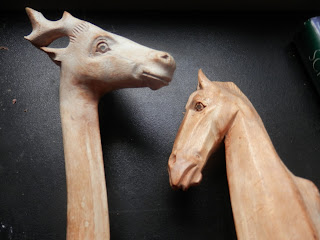 I'm taller than you, Francis thinks. 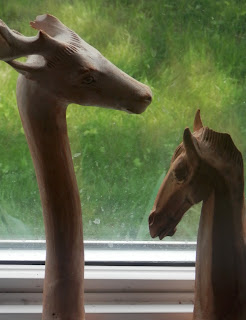 You can join me in sentinel duty at the window,
he says, authoritatively. 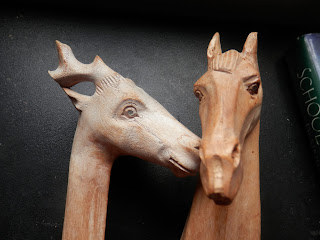 Because photographers can manipulate perception,
here it would seem they are the same height
and Francis appears more friendly. 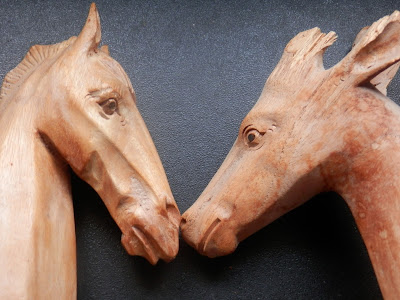 As in all contrived, anthropomorphic stories,
a happy ending trumps a not so happy one. 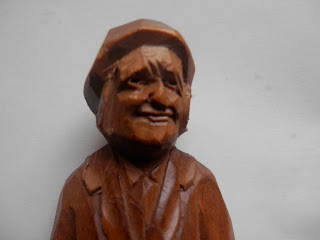 I truly do not know if Francis and François will get along,
or if the perpetually smiling wooden man won't occasionally
feel like frowning --  but in our world, inanimate objects
don't speak or feel, and so can't really tell us. 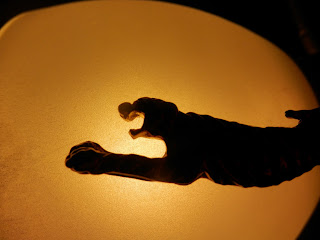 And yet they do, when imagination takes over,
giving a tiny, decorative clunk of metal
one pins on a garment, to "accessorize",
the ability to leap, to dream. 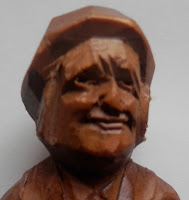 Good morning, Maurice
you show-off, you,
conspiring with the sun to make
your limb-shadows dance on my curtains
just so


It's like you're on this long, long journey that never ends, and the
voices in the back keep asking: 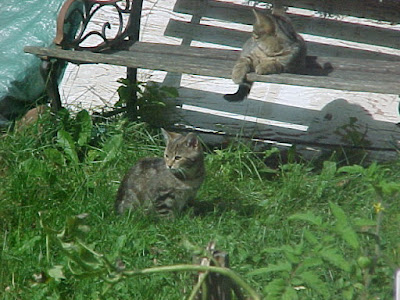 Little brothers, taking some sun
Posted by awyn at 11:30 AM

Email ThisBlogThis!Share to TwitterShare to FacebookShare to Pinterest
Labels: Li and Lou, remembered


Hanging up clothes in the back yard yesterday
a wave across to neighbor Clement
and his dog Charlotte
who then walk on over and
Clement tells me the tests are back, he has
cancer of the blood and that
despite eating six pieces of toast every morning,
he's still losing weight.
The neighbor on the other side is moving out
for lack of sleep, on account of her downstairs neighbor who
despite several visits from the police
(and eviction notice from the landlord)
rampages on.
This morning we'll have rain,
(so the weather people say).
The community garden folks want us there at 9:00
to stake and rope the plots.
A second cup of jumpstart dark-roasted Trader Joe coffee
and I'm off.  Should I or should I not take
an umbrella?

On the way to work this morning, a bee
drowning
in the visitor cat's water bucket.
Lacking a twig or spoon to extract it,
he used his car key - bee stopped
flailing, struggled aboard, got a
short ride, then wobbled off
into the grass. Recovery imminent.

Had he left bee in the carport,
the cat who'd come soon would get curious,
probably get stung - doesn't
need another wound as badge of survival -
like its frost-chewed half
ear, compliments of one more winter
worse than the two last.

Whispers from the not-yet garden:
Be back, bee
Posted by awyn at 1:19 PM