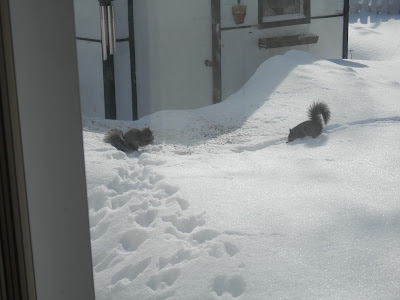 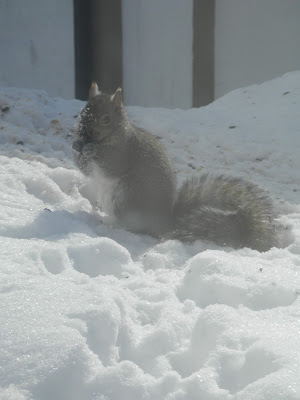 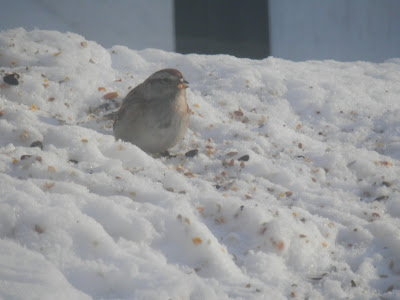 I sometimes hand-paint leftover scraps of watercolor paper to use as bookmarks.
The hat on the one below was a bit too puffy,
so I cut off the excess. 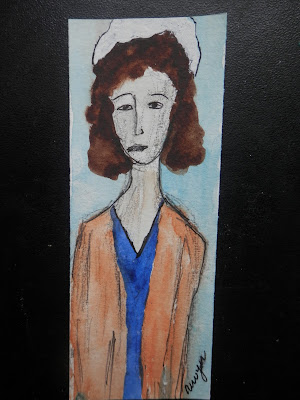 Since it still looked like a pile of white dough on top,
in attempting to render her hatless, I ended up flattening her head: 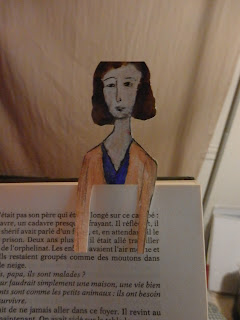 In a sudden attack of a "What if?" moment, I cut her out completely, to make a
kind of paper-doll bookmark, whose arms could attach to the top of the page.

On a roll, as they say, then did another one, soccer-related: 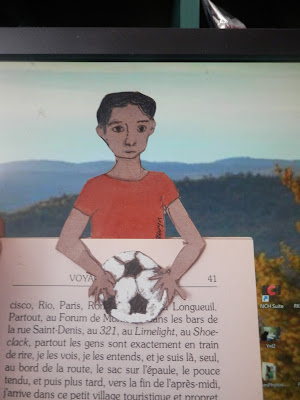 But bookmarks are not supposed to be so tall that
they get bent when the book gets shelved.

Back to the drawing board. 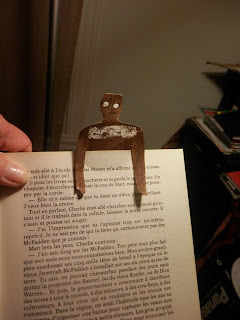 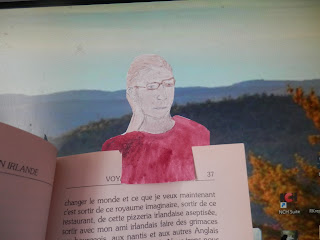 Let's personalize the figure, and experiment with placing the arms
behind the page this time.  But because the figure here lacked a torso,
it could easily get dislodged.  Rethink the pattern. 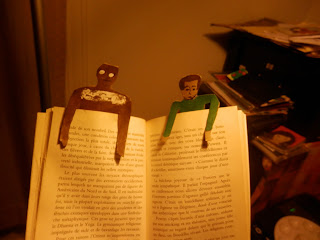 What about doing them as pairs?
Propped up, they could hold both pages open for the reader
(say if the reader were taking notes). 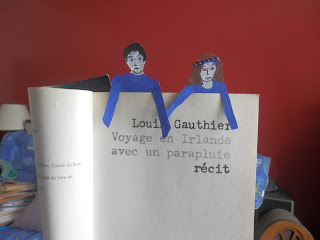 As in real life, some characters just like
being on the same page together. 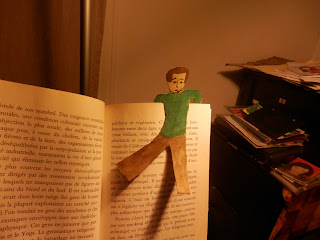 Inspired by the character with the glasses,
this one now preferred that his arms hang behind,
placing himself "out front" more. (I forgot to give him feet.) 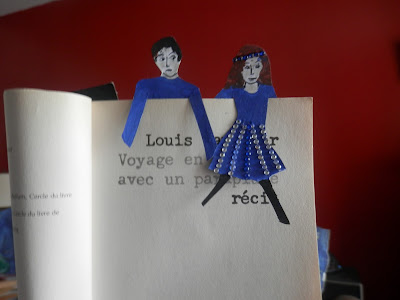 The lady in blue trends along, wanting to show off her rhinestoney dress.
(Accessorizing a bookmark, because, why not?).
Her mate, more of an introvert, remains hesitant.

So the idea is to create cut-out-type bookmarks that appear to be peeking over from behind, OR dangling onto the page in full form, so to speak, to mark the place you stopped reading.

Although functional (as bookmarks), these cut-out types are neither as sturdy nor as practical as their more traditional (evenly proportioned) counterparts.

Fun to make and play with, though.  If you wrote a book of fiction, you could include individual bookmarkies depicting characters in the story so readers could mark the chapters in which they appear (assuming a potential reader might be inclined to want to do so).