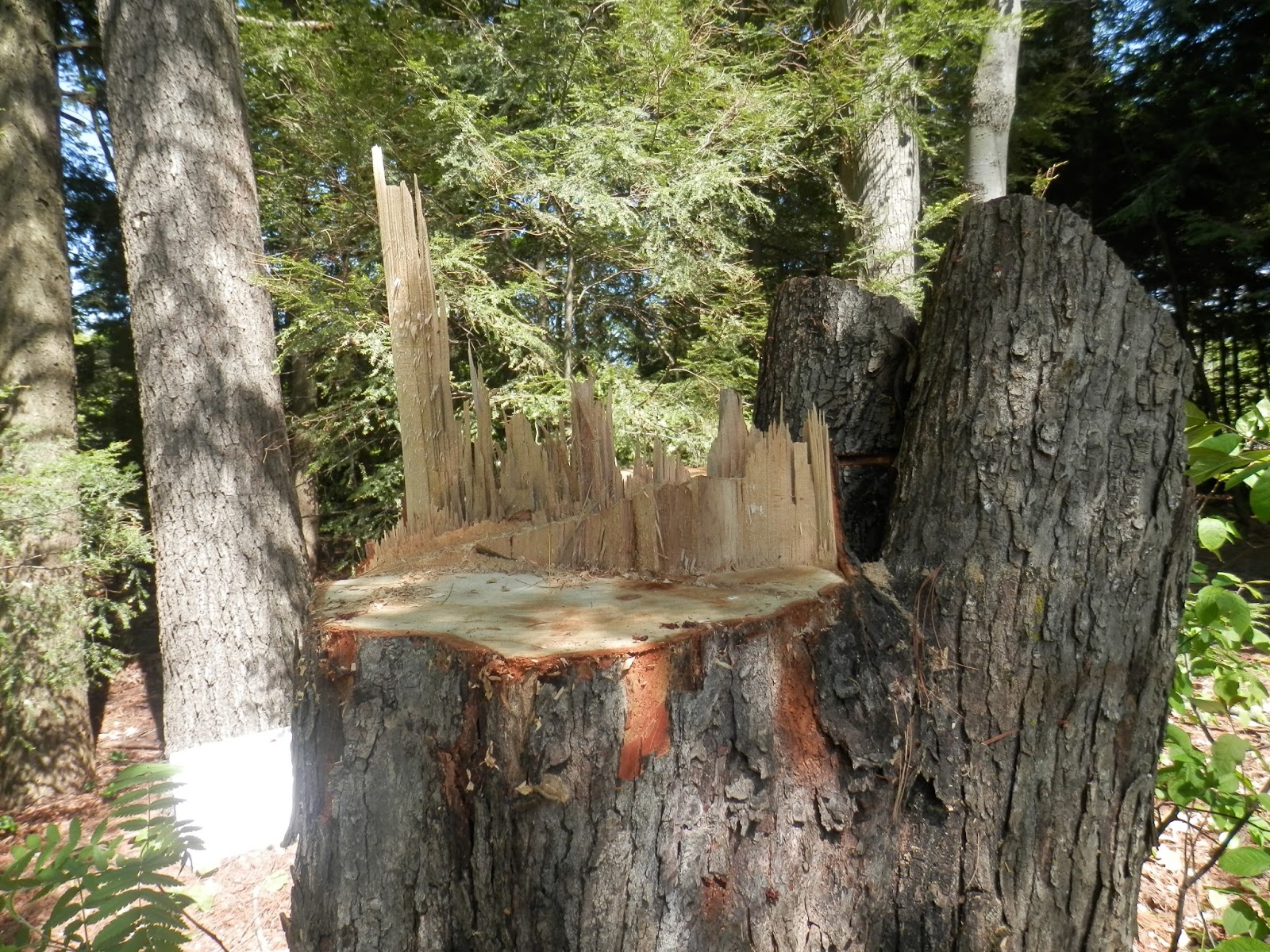 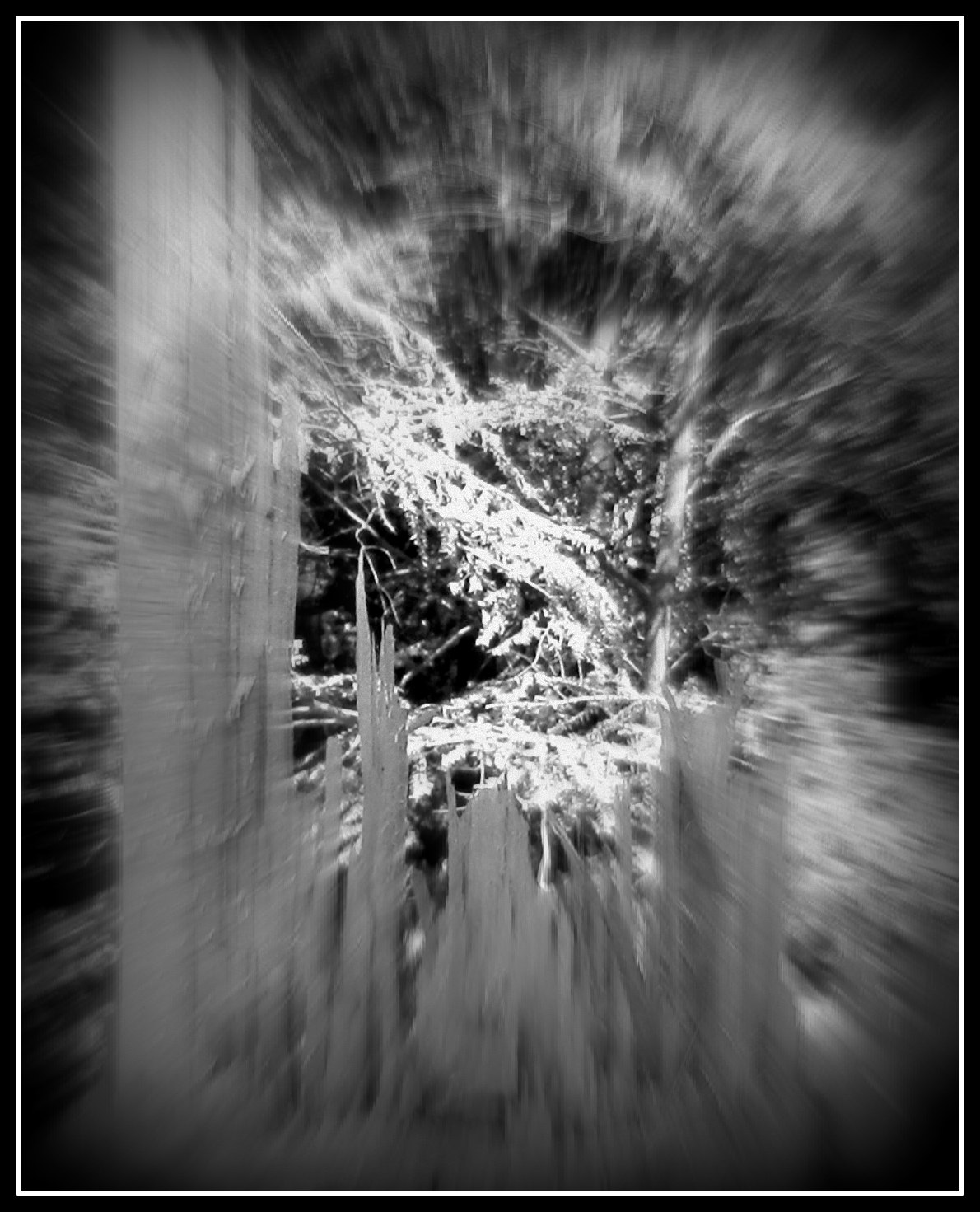 "Dreamscape", in Black and White 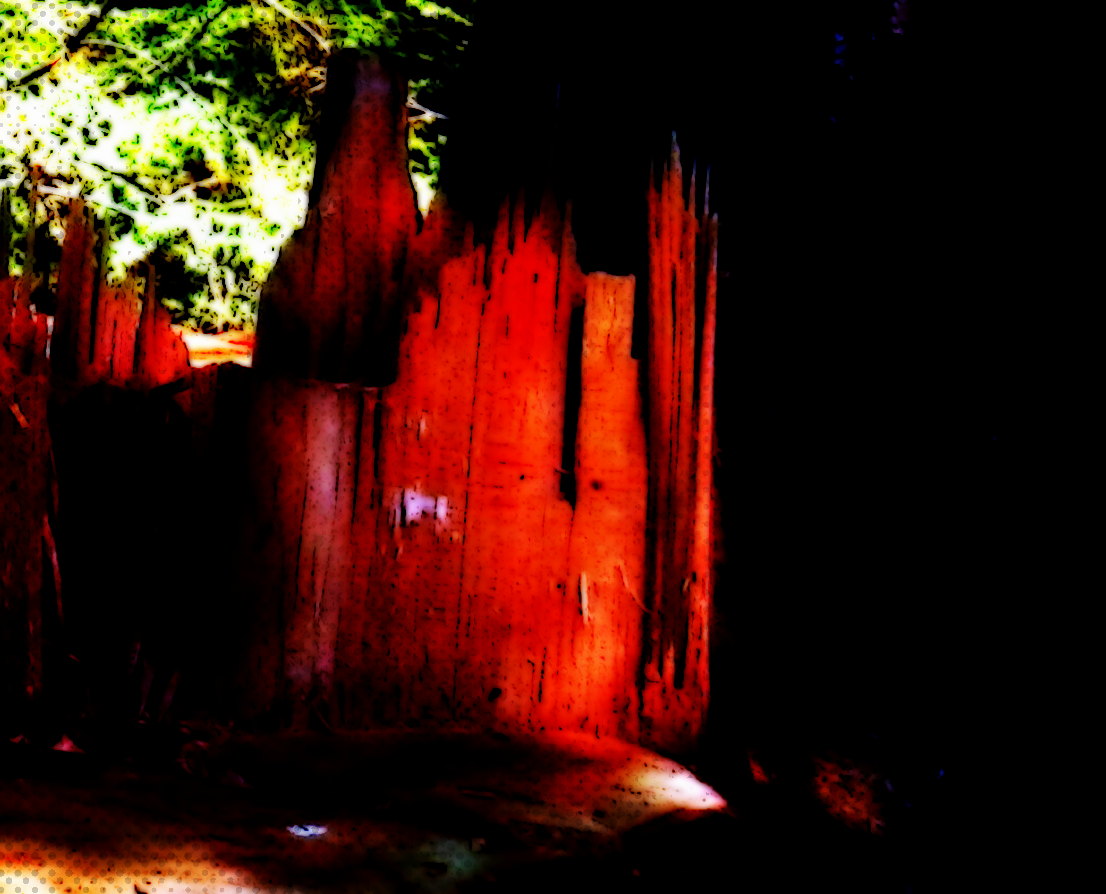 Accidental mini landscapes -
We see what we see.
I'd never have noticed
had the tree not told me.

Experimenting with a new kind of paper
>


Most people liked this video because of this child's adorable, big-eyed cuteness.
Several noted that "son français est meilleur que le mien!"  (her French is better than mine!).
I agree on both counts, but what really fascinated me was her vivid imagination.


Hippos that are allergic to magic, refusing to go to heaven
Witches that can be felled by an orange ring
Boxed animals, "frightening trees", powerful mammoths
Flowers!  The sun!  Clouds!

One commenter described her story  as being "dark", asking if this example was "normal for French toddlers, or is it just her?"  He expected a cute story about Winnie the Pooh and friends playing games. "Instead she [the child] talks about animals going to jail for being poor, baby-eating crocodiles, and a suicidal Hippo trying to go to hell but HAS to go to heaven.  WTF?"

Apparently this commenter has never heard of those 'classic' fairy tales  read to us as children or seen cartoonized on TV, about trolls, and monsters, treacherous deceptive wolves and witches, threatening to kidnap or eat children, nor has he apparently been exposed, as a child,  to ideas about heaven and hell, fighting with helmets and swords (or even the idea of jail or animal attacks or suicide) through hearing words from one's parents, playmates, religion, hearsay or the TV.  Why is it  "not normal" then that children might weave all this information and their perception of same into their imaginary tales?

She's holding a book about "Winnie the Pooh" and straightaway begins improvising.  The commenter above, I guess, expected a rote book report.  Has he never, as a child, colored outside the lines?

Fairy tales have told her witches are "bad".  She's figured out that if you eliminate the "bad", you won't feel threatened .Cause and effect.  She introduces this reasoning into her story, saying that "If you kill all the witches, people will be peaceful."    And her tale of crocodiles eating babies tells me that in her narrative, she intends it as "just a story" here.  But recognizing the elimination of evil will have a positive effect is more than just a story, it's become a belief.


When my grandchildren were the same age as this French child, every time I visited, they would beg me  to tell them favorite remembered stories.  As I always made them up as I went along, and there were so many of them, they would sometimes have to refresh my memory.  I was amazed at their capacity to recall so many  exact, tiny details.  What about those particular stories made them worth remembering, I wondered.

Sometimes I ran out of story ideas (or wind).  So we would communitize the story teller role:  One of us would begin, and then each in turn would continue it.  Odd, as well as perfectly ordinary figures inhabited magical worlds, accomplishing improbable tasks; where plot was secondary;  the ending unforseen.

As my grandbubs got older, now reading books on their own, I was surprised to find that their enthusiasm for hearing oral stories made-up "out of the blue"  has not diminished.  A kid for whom writing a story for an assignment in class is pure torture, let lose for oral storytelling becomes an instant orator; his voice unable to keep up with the ideas pouring out of his head.  It wasn't the story so much as that transformation that surprised and delighted me.  It was like seeing a flower suddenly open in the light.

At what age, I wonder, do we begin self-restricting our imagination, self-correcting, self-censoring?  At what age do we begin thinking "I can't say/ write/ paint/ think  that because . . . because people will think it silly/ it won't be understood/  it's too "different"/ it might offend.

Worse, though,  I think, is when we start noticing that something elemental has gone missing and wonder where that once-familiar spark has fled - that enthusiastic, spontaneous well of creativity that lately (or suddenly) seems to have abandoned us.